Written by Priority Lending Admin on October 9, 2017. Posted in General. 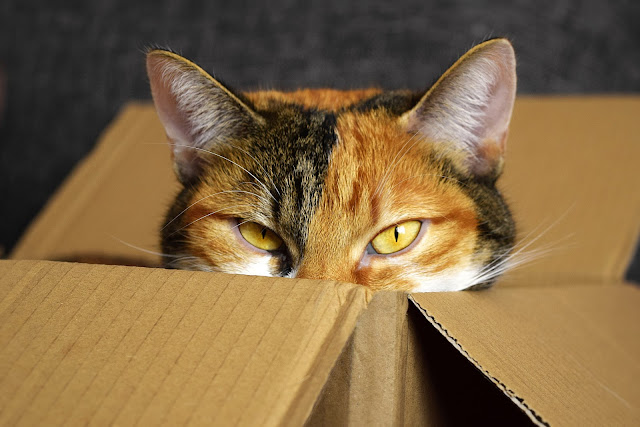 Back
in 1835, an Austrian physicist by the name of Schrodinger devised a way to
explain quantum physics (and impress women) by placing a cat inside a sealed
box with a vial of poisonous gas that could break at any moment and kill the
unwitting feline.  The crux of this
exercise was this: until one opened the box to see if Mr. Finickypants
was still upright, the cat could be considered both alive and dead.  (Who
says physicists don’t know how to party?)
We’ll come back to Schrodinger, a potential cat killer, in a few
moments.
According
to CoreLogic
–
a California-based company that provides financial analytics –
this is the year that the lion’s share of people who foreclosed on a home
previously will be coming back into the market to purchase a home.  These folks are being called “Boomerang
Buyers”.  As you know, it takes seven
years for a foreclosure to be removed from someone’s credit report, and 2010
was the year when foreclosures hit their peak.
Seven years is a long time to wait, so you can imagine a lot of people
who had to go through the foreclosure process are eager to buy again.  However, even with the seven years now in the
rearview mirror, many of these buyers still aren’t ready to purchase a
home.  Why?
In
most instances, a foreclosure was the result of not being able to pay the
mortgage.  (Yes, I realize I’m stating
the obvious, but bear with me.)  In those
same instances, in the months leading up to the need to undergo a foreclosure,
many people had overlooked paying a bill here and there because their attention
–
understandably so –
was elsewhere.  Well, those creditors
didn’t just forget about those unpaid bills –
they were reported, and those matters now appear on a person’s credit report,
and they still need to be addressed.
More
often than not, when someone comes to us after their seven-year waiting period
all excited and ready to purchase a home again, we pull their credit and find
these other matters that are keeping their credit scores lower than the
individuals expected.  Sometimes these
matters are easily addressed and discharged so their credit score takes a nice
jump in a short period of time.  However,
the majority of these good people have longer to wait while these issues are
addressed and cleared –
in other words, these are things that could have been addressed DURING the
waiting period so that when the seven-year mark hit, they wouldn’t have to wait
even a day longer.
Sure,
one can take the view that if someone has had to wait for seven years to get
the foreclosure off their credit report, waiting another few months won’t hurt –
but that’s a view most likely held by someone who hasn’t had to wait SEVEN
YEARS.  For all those who are still
waiting for their seven-year stint to run, meet with a mortgage company NOW to
pull your credit report and have them help you address any outstanding issues
so you don’t have to wait even a day longer than required.
Let’s
go back to Schrodinger, physicist/potential enemy to cats around the world: in
his own weird way, he was trying to demonstrate that something could have two
equally likely outcomes but left it up to fate to determine which outcome would
result.  In the case of your foreclosure,
kick Schrodinger in the kneecaps, and take control of your destiny –
don’t let fate determine . . . your fate.