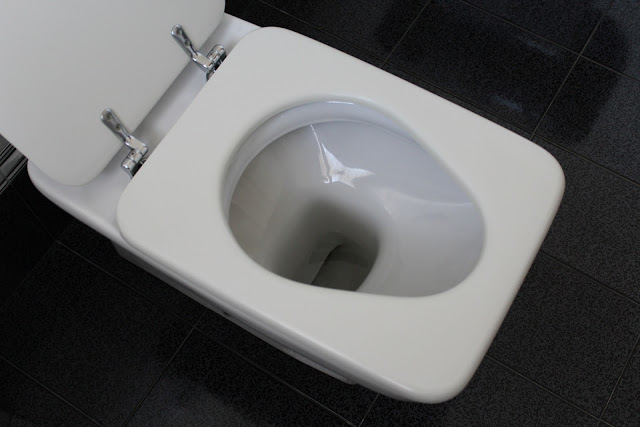 For anyone who is squeamish, you might not want to read this week’s edition of our award-winning, cutting-edge newsletter that some have come to believe may be part of the cure for childhood obesity – I’m just putting it out there, so march on, intrepid reader!
Recently, in one of the bathrooms in my home, we had a bit of a . . . toilet blockage, which resulted in a less-than-pleasant odor emanating from that particular area.  We’ve had similar problems in the past – I’m not going to name names as I wish to protect the innocent – and they’ve always been solved fairly quickly with the use of a plunger.  When you use a plunger, you’re basically trying to use the water in the pipes to act as your hydraulic battering ram against whatever foul substance or demonic object that is keeping fluids from passing through the pipes.  In most instances, after about 10-12 hardy pumps with the plunger, the item is dislodged, and there’s much rejoicing. Yea!  In this recent instance, after about 100-120 hardy pumps, I got the distinct impression that whatever was in there wasn’t going anywhere anytime soon.  Nuts!
I went to Walmart and headed to the back where they keep “bathroom stuff” (my apologies for getting technical) to see what I could find that might be a little stronger than the mighty plunger but not quite so destructive as dynamite or a depth charge.  Alas, I found something called The Cobra that looked like it might do the trick – it was only six bucks.  Let me describe it: A long, tightly coiled spring is fed through a black metal tube about 30 inches long that has a 90-degree bend at one end. One end of the spring has a handle and a grip that you crank clockwise to help the spring bore through the offending object at the “business end”.  After you insert the end of the tube with the L-shaped bend down into the Tunnel of Love, you start pushing on the end with the handle to feed the flexible spring through the
twisting turns purposely built into the toilet, I’m guessing, to assure you don’t try and flush a golf club – because that’s likely to happen.  Slowly, I pushed on the spring to go deeper into the labyrinth in search of the blockage.  With no more than a few inches left before I ran out of spring, I hit something, so I started turning the handle clockwise.  And I turned, and I turned, and I turned some more.  On the
verge of telling my family we needed to move to another house, I gave The Cobra’s handle one more turn, and all the water in the bowl suddenly drained with that pleasant sound of “chuggachuggawhoosh” (again, sorry for getting technical) you hear when a flush is complete.
I’m glad I went to Walmart and found The Cobra. Before making the trek, I had considered taking a metal coat hanger I had on hand, untwisting it so it was just a long piece of semi-rigid wire, and trying to face this problem.  Obviously, that would have just ended in making a big mess, having to walk a deformed coat hanger out to the garbage with questionable fluids dripping off of it, and me throwing a stick of dynamite (or at least a cherry bomb) down the toilet just to vent some frustrations – only to create bigger frustrations, of course. Fortunately, I took a step back and decided to see if there was a better tool – perhaps the RIGHT tool – and I found it.
Far too often, home buyers (and real estate agents) go to a loan originator who’s their brother or their daughter’s basketball coach, and they turn out to be completely wrong for them because they look to solve problems only with what’s on hand.  And when their brother/coach fails to get them the loan they need, they’re frustrated and have lost months of their lives all for nothing. Instead, go to a loan originator (I might know one or two) who is willing to get up from her/his desk and go look for the right one. It might even take a day or two with a proverbial trip to Walmart, but a great loan originator will come back with what’s going to fit YOUR situation and enable you to move into the home that’s just right for you.  In other words, you need someone who’s willing to go through a lot of . . . things and clear the way for you to buy your home!