Contracts Can Be Fragile 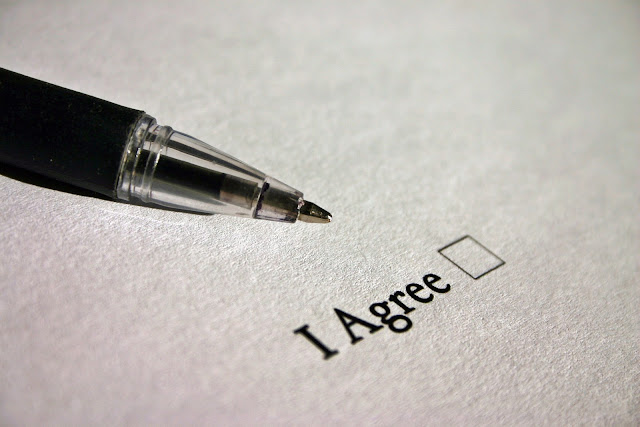 The following is a story as told by a guy in our office – I’ve changed some of the names, but there really aren’t any innocents to protect here, unless we’re talking about the guy in our office.

Mrs. Slaughter was both my Spanish teacher my freshman year in high school and my English teacher my senior year. First day of school my freshman year, Mrs. S is calling roll in my Spanish class, and she gets to me. I raise my hand and say, “Here,” and she pauses and just stares at me. Not good. She then asks, “Are you related to a SHAUN Greene?
“Yes, ma’am. He’s my brother.” (Shaun had graduated the year before and had Slaughter for English – and Shaun was a bit of a . . . rapscallion, shall we say.)
She squinted her eyes a bit like Clint Eastwood did in his “Dirty Harry” movies before he delivered his killer line that was meant to put the fear of God (or more appropriately, the fear of Harry) into the criminal and said, pointing her pencil at me like she was holding a .44 Magnum, “I’ll be watching you!” I was a marked man from day one. Fast forward to my senior year. Mrs. S is in the middle of a lecture either on the symbolism in Shakespeare’s sonnets or how proper grammar saved the world from the Black Plague when Stacey Stephenson reaches over and sort of pinches my arm.
I look down at my arm and then over at Stacey and ask, “What was that for?”
Before Stacey could respond, Mrs. S stops mid sentence and screams, “Greene! That is the last time you will interrupt me when I’m up here speaking! Do you understand me?!” I was absolutely floored (I seriously was not a problem student, and Mrs. S had never had to stop and ask me to stop talking in her class – Stacey was another matter entirely), and I think the look on my face showed absolute genuine surprise.
As I attempted to get my wits about me and defend myself, Stacey piped up and said, “Sorry, Mrs. Slaughter. It’s my fault. Grant had a piece of fluff on his arm, and I was just picking it off. He was just asking me what I was doing.”
The rage drained from Mrs. S’s face – it went from a crimson red to a flush white in about a half second – and she said, “Okay, thanks. But Greene had it coming to him.” I blame my brother.

Every licensed real estate agent had to take a certain number of hours (that might feel close to infinity) in their training on the subject of contracts, so I’m not about to put myself up as an expert on real estate contracts.  This next piece, of advice, however, comes simply from my perspective as a lender and what should be avoided in a real estate contract to assure a smooth loan process and timely close.

On lines 61 and 62 of the Arizona Residential Resale Real Estate Purchase Contract (the line numbers may vary by state), you can write in personal property items that you want to be included in the sale/purchase of the house – this is where you can absolutely blow up the deal, from a lender’s perspective. Rather than going into a full-blown dissertation on the whys and why nots, let me just say this: leave these lines blank. This doesn’t mean we’re trying to discourage you from getting a lawnmower or a fancy dining room table thrown into the deal, just don’t include it in the real estate contract – make those items a part of a separate bill of sale. You can reference the real estate contract as the means by which these items will transfer from one party to the other in the bill of sale all day long, but it’s not wise to mention that bill of sale on lines 61 and 62 in the real estate contract. Suffice it to say, if you do, you’ve just given yourself a WHOLE BUNCH of extra time-consuming work to do from the underwriter. We could go into a long explanation of valuations and liabilities, but let’s just say this: someone’s “older brother” had done something in the past with personal property in a real estate contract to incur an underwriter’s wrath, and underwriters have memories as long as Mrs. S’s. You might think that what I just mentioned is rather inconsequential, sort of like a piece of fluff, but a piece of fluff can get you (or your deal) “slaughtered”. I’ll now keep quiet.