When It’s Good to be Wrong

Written by Priority Lending Admin on September 4, 2017. Posted in General. 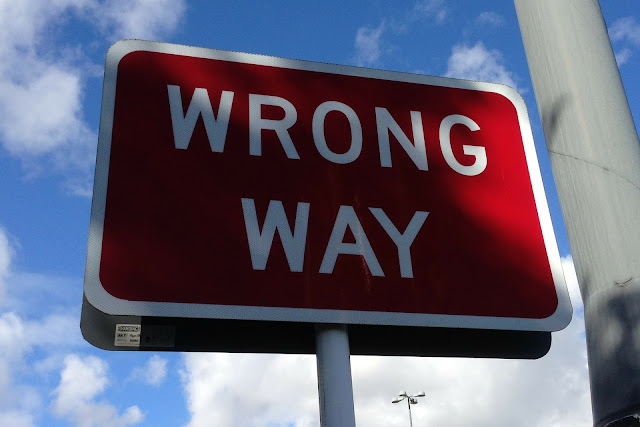 We
don’t like to do pre-quals.  There, I said it –
but now I better explain it.  A very
large number of potential homebuyers think a pre-qual is a short two-minute
phone call where a loan originator asks them a handful of questions about their
income and other sundry financial details, punches some numbers into a
calculator, and says, “You’re golden!  Go
out and put an offer in on that house and have fun riding your pet unicorn.”
Obviously, there’s a bit more to a pre-qual than that, but when loan
originators simply ask a couple of questions, they’re setting themselves (along
with the buyer and the agent) up for failure –
a failure that usually manifests itself AFTER a home has gone under contract –
and the last I checked, that’s not good.
For
the most part, when a potential homebuyer comes to us for a “pre-qual”, we ask
a lot more questions and, quite often, go so far as to ask for certain
documents before we issue anything that says the person is qualified for any
amount of a loan.  By doing it this way,
we assure that when buyers go through the formal loan application process, they
get approved.  Research has shown that
people are much happier when they get their loan applications approved as
opposed to getting a big, fat denial –
you can’t argue with science.
There’s
an old saying that applies to a lot of instances: “The customer is always
right.”  In the real estate/mortgage
world, however, not so much.  Hear me
out.  There are a lot of misconceptions
that many, if not most, homebuyers have when they start the process of looking
for and purchasing a home.  Down payments
– needing to be at least 20% – is one of the biggest, of course, and I’ve written
about that a lot in the past (so I’m not going to beat that dead horse –
not today).  There are others surrounding
eligibility as related to bankruptcy, foreclosure, etc. –
there are a lot more options and shorter waiting periods than what most people
think exist.  While those are major
misconceptions that agents and loan officers alike are constantly trying to
remove from the collective mindset, the biggest misconception keeping people
from buying a home is –
are you ready for this –
IGNORANCE.  Okay, that’s a little harsh,
but I got your attention, right?  Forgive
me, please.
The
#1 thing that keeps people from buying a house is they have no idea what
they’re qualified to buy.  People can
rattle off their credit score (whether it’s correct or not) faster than their
social security number, but if you were to ask them how much of a 30-year
mortgage (and its accompanying monthly payment) they would qualify for based on
their income and financial standing, they would look at you like you just asked
them to perform a lewd act in public.
Usually, when you hear someone say, “You know, I’m not sure where I want
to end up, so I’m going to keep renting for now,” what they’re actually saying
is, “I have no idea how much of a mortgage I would qualify for.”
Let’s
start something and get it to go viral: on your social media –
personal AND business –
post the question “Do you know how much of a mortgage you qualify for?”  And then follow that question with this
statement: “I’ll bet you don’t.  Call ANY
mortgage company TODAY and find out –
it’s FREE!”  For those who follow this
advice, they’ll most likely find that the only person who doesn’t qualify for
SOMETHING is about as rare as a unicorn.