A Battlefield for Buyers

Written by Priority Lending Admin on September 11, 2017. Posted in General. 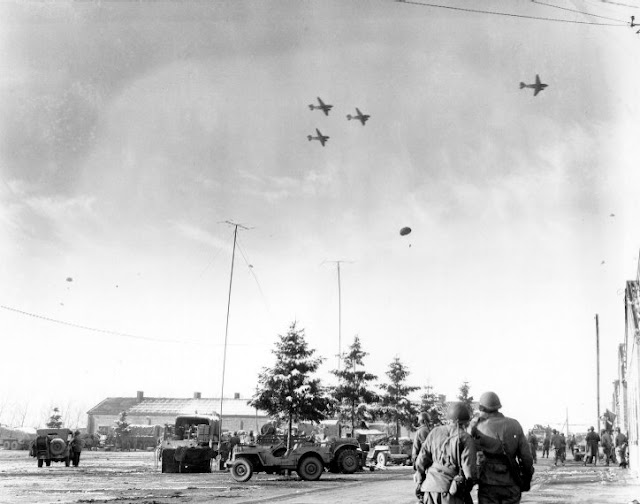 In
late December 1944, the German army launched a major surprise attack that
became known as The Battle of the Bulge (a term which would later become sort
of a rallying cry for people trying to lose weight –
sometimes it’s embarrassing to be a human).
With the commanding officer back in the United States for a staff
meeting, command of the 101st
Airborne Division of the US Army and the defense of the besieged city of
Bastogne, Belgium fell
to Brigadier General Anthony McAuliffe.
With
the city surrounded by the German army on December 22, 1944, General Heinrich Freiherr
von Luttwitz
of the 2nd
Panzer Division sent a note to General McAuliffe recommending that the US
forces in the city surrender to avoid annihilation of the troops, further
destruction of the city, and an increase in civilian casualties.  To drive his point home, General Luttwitz
detailed the resources he had at his disposal and was willing to use to take
the city and wipe out the Americans.  I
honestly can’t guess at General Luttwitz’
true intentions for sending this note, but it would seem he was being a
reasonable, honorable, and humane man despite the terrors and ugliness of
war.  (Look it up on Wikipedia and read
the note yourself.)  The German general
gave the Americans a time limit by which to respond –
and the clock was ticking.
Upon
the receipt and reading of this note, General McAuliffe and his advisors
quickly discussed how best to respond to the Germans’ ultimatum.  In short order, they decided to send this:
To the German Commander.
NUTS!
The American Commander.
The
response was delivered to General Luttwitz
by Colonel Joseph Harper.  General Luttwitz,
while a very intelligent and urbane man, was not familiar with American
sayings, so he asked Colonel Harper what this meant, to which Harper responded,
“In plain English?  Go to Hell.”
The
Germans threw everything they could at Bastogne and brought in the German
Luftwaffe to bomb the city nightly, but the Americans held their position until
December 26th
when the 4th
Armored Division arrived with reinforcements.
Bastogne did not fall, and the American forces did not fail.
Perhaps
your first impression when you read General McAuliffe’s response to General Luttwitz’
ultimatum was how brash and cavalier it seemed.
However, I’ve had the pleasure of knowing a number of women and men who
have served in the military, and they know firsthand the heartbreak and horror
of war –
they would do anything to keep their fellow soldiers out of harm’s way –
so I would be willing to say McAuliffe’s response was neither brash nor
cavalier.  He wasn’t going to subject his
men to inevitable death out of pride or a misguided desire to look good in the
eyes of his superior officers –
just the opposite, really.  He had
complete and utter confidence in his forces, his position, and his collective
abilities to face this menacing challenge.
In
a sellers’ market, you need an agent who has that confidence.  You need an agent who’s going to stand toe to
toe with other agents who are competing for the same property for their
clients.  And you need a lender who has
the firepower to back you and your agent up in the fight.  When it’s the Battle of the Bungalow, no
surrender!