The Naked Truth About Home Buying 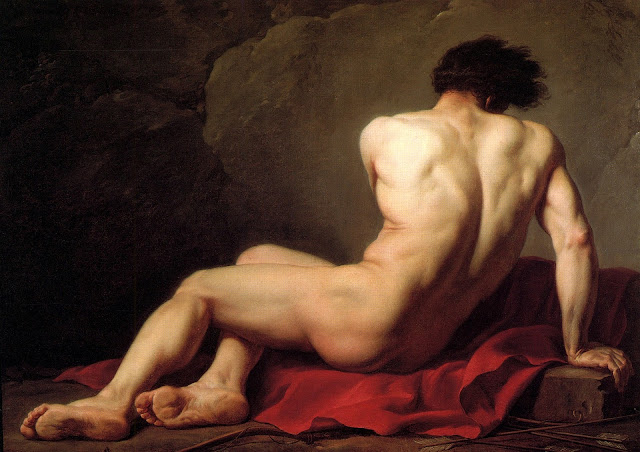 It’s
highly likely I’ve already written about this, but I’ll try to make it
entertaining at least.  There’s a guy who
works in our
office who suffers from kidney stones –
and from what he’s described, “suffers” might even be a little too tame a word
for it.  As an aside, though, when you
ask him how painful the experience is, he gets an odd smile and says, “It’s the
most intense pain I’ve ever experienced, but it’s hard to describe.  I’ve heard a lot of people compare it to the
pain a woman experiences while giving birth.
To that, I must say, those people are big, fat liars!  I’ve been in the presence of a woman giving
birth, twice, and her pain has to be 100 times worse.  They’re passing the equivalent of a Buick.  I’m passing a pumpkin seed.”  He’s always been a colorful fellow.
He’s
had this wonderful condition for over a decade now, and the stones make their
appearance about every 18 months or so.
Up until recently, he had chosen to accept his fate and have the buggers
make their appearance that sideline him for about two days, three at the
most.  Well, according to him, his most
recent bout was so painful, and the entire “incident” lasted off and on for
about ten days, he got with his doctor and had the stones analyzed.  I won’t bore you (or gross you out) with what
the analysis indicated, but it gave him and his doctor a basis for a solid
treatment plan.  Oddly enough, he didn’t
have to change his lifestyle and/or diet significantly, but he has to take a
pill twice a day that’s larger than any stone he’s ever passed and big enough
to choke a medium- or large-sized farm animal, if one is so inclined.
While
you may be sitting there and thinking to yourself, “Wow, I’m glad I don’t have
kidney stones,” I’ll say this: every one of us has something in our lives
that’s a kidney stone –
something that is small and doesn’t happen on a daily basis, but when it comes,
it knocks us off our game or diverts us from our goal; and most of the time, we
do nothing to change it because we right ourselves and accept the delay.  But as time goes on, hopefully, the “stone”
gets big enough and causes enough of a hindrance and/or obstacle that we’re
compelled to take action and not just remove it from our lives but take steps
to prevent it from happening again.
In
the case of a potential homeowner, these “stones” take many forms –
and I’m not talking about foreclosure, bankruptcy, etc. (those are major
incidents that require a lot more time and attention).  I’m referring to things like multiple trips
to Starbucks in a week that add up, financing a car over a longer period of
time to get “the right payment”, paying for a big summer trip with your credit
card because you’re “pretty sure” you’ll get a nice bonus to cover it at year’s
end, and so on.  Before
you even start LOOKING at homes, get with a mortgage company to give your
financial health a thorough exam –
unlike a doctor’s visit that costs a bit of cash depending on what type of
medical insurance you have, such an “exam” with a mortgage company is
free.  They’ll be able to tell you what
needs to be cut out, changed, and/or added to your spending habits to remove
the “stone” before it has a chance to divert you from your goal –
a delay in that process is unacceptable.
If a mortgage company asks you to disrobe for the exam, you’ll know you
picked the wrong one.