Everyone Digs a Scar

Written by Priority Lending Admin on May 15, 2017. Posted in General. 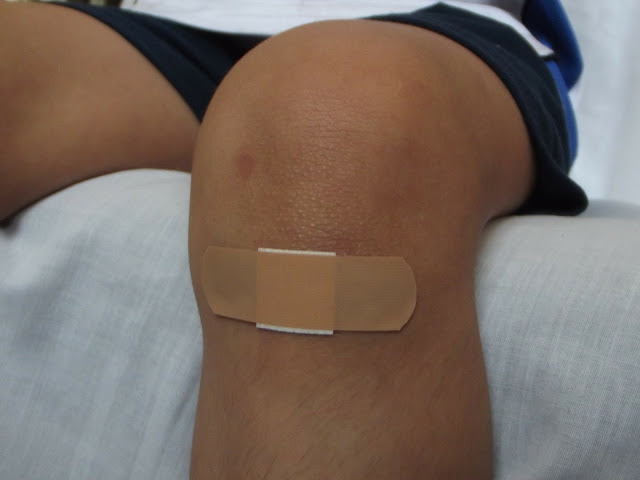 Currently,
there’s a commercial on television for Allstate advertising their policy for
full replacement of a motorcycle if you total your new one.  It’s short but succinct with a bit of humor
at the end.  Good for you, Allstate!  However, it doesn’t exactly ring true.
If
you total your car, there’s a good chance you’re going to be a bit banged up –
that’s the nature of an accident where your car gets totaled, of course.  However, it’s certainly POSSIBLE that,
because of airbags, crumple zones, improved seat belts, etc., you could walk
away without a scratch from an accident severe enough to total your car.  On the other hand, if you’re involved in an
accident on your motorcycle that’s bad enough that the insurance company is
going to total it AND pay for a brand new bike, the likelihood that you’ll be
walking around without a limp and/or a mild concussion chatting it up with one
of your girlfriends is . . . well,
it’s going to be lower than the space between you and the pavement when you had
to lay the bike down.  In the Allstate
commercial, though, the woman who totaled her bike doesn’t have her arm in a
sling or a scratch on her face –
she and her friend are yukking
it up about how getting a new motorcycle after totaling the original is like
upgrading her second husband.  Ha ha ha
ha!
If
a real estate agent makes a transaction look too easy –
like she came out of it without a scratch or a slight limp that might only last
for a day or two –
she is sort of doing herself a disservice.
What?  Think about this: which
inspires more confidence?  (A) “After we
found the house and made an offer, all I had to do was show up at closing, sign
some papers, and get the keys.”  Or, (B)
“My agent fought tooth and nail to get my offer accepted over four other
offers, made sure the seller gave us full concessions, and stayed in touch with
the lender every step of the way.”  Sure,
there are many people who like things to go super smoothly, and A is
impressive.  However, I’ll go out on a
limb here and assert that B is going to be far more compelling and will
motivate more potential clients to seek out that real estate agent.
In
truth, though, both A and B could describe the exact same transaction, but it’s
all in the way the agent tells the story, right?  The process of buying a house isn’t like
walking up to a vending machine, feeding your money into the slot, and pressing
the button marked “3 bed, 2 bath ranch style with a pool, 1895 square
feet.”  There are so many moving parts in
a real estate transaction that a great agent should take the time to point them
out – helping her client see how she’s addressing them and overcoming obstacles
is not only impressive, but it helps the client more fully appreciate their
home after escrow closes.  When we talk
to real estate agents, on both sides of the transaction, we like them to know
what we’ve done to keep things on track –
it’s not bragging; it’s building confidence.
We’re
in the thick of a seller’s market right now (I may have mentioned that once or
twice in past editions of this newsletter), so believe me, agents are going to
have a lot of chances with which to impress you.  If you’re a buyer, ask your friends whom they
would recommend and don’t go for the “smooth” agent –
there’s no way to know whether he’s prepared to fight for you because it’s
possible he’s never been battle tested.
Rather, go for the agent with some “scars” –
there’s always a cool story behind them, right?