Every Story Needs an Editor

Written by Priority Lending Admin on April 26, 2017. Posted in General. 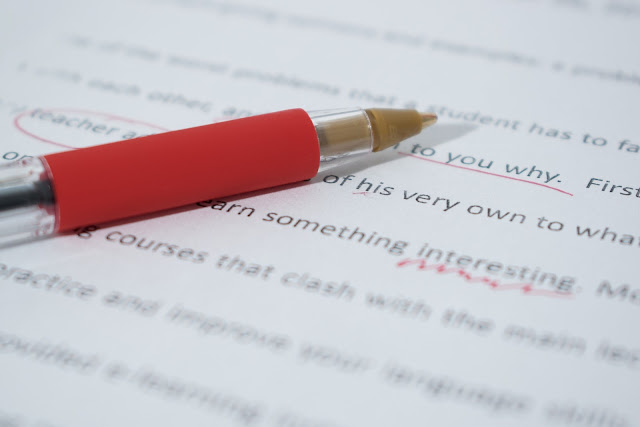 Context
and perspective!  Those are two concepts
that are more and more important by the day as we now live in a time when it’s
so incredibly easy to take things out of context and see them solely through
someone else’s perspective.  Don’t worry,
I’m not going to get all political on you –
I’ll leave that up to the unbiased press and media who don’t like
competition.
Recently,
I came across a photo on the internet that showed a gentleman sitting at a
table in what looked to be a quad or campus common for a high school or
college.  Because the photo is taken from
a distance, and the poster attached to the front of his table was designed in a
particularly confusing way, it looked like all the poster really said was “Free
HIV”.  My first thought was (and it’s
quite possible yours would be the same), “Are there hordes of people lining up
to PAY
for HIV?  I would think the ‘free’ part
was sort of implied.”  Then I thought,
“Free or not, that’s not really the best way to pick up on women.”  After thinking I was possibly the funniest
person on the planet, I looked more closely at the photo and was barely able to
make out that it was “Free HIV testing” being offered.  (Still not the best way to pick up on women,
but I’ll give the guy points for creativity.
Or, if they were trying to get the message out to get tested, they might
not be hitting ALL their demographic with the confusing presentation of their
message.)
A
few years back, on the BBC’s website, they had a headline that read: “Sewer was
blocked by large Pooh”.  (I’m not making
this up.  Type that into Google, and
you’ll see what I’m talking about.)
Beneath the headline, they placed a photo of some type of large outdoor
receptacle which contained a large stuffed animal of Winnie the Pooh, which one
can safely assume was the reason for the blockage –
or at least hope it was.  Obviously,
without that photo, one might think the editor didn’t catch the misspelling and
be intrigued to find out just how large it would have to be to cause a blockage
of a sewer.  Before this week’s
newsletter descends into murkier territory, I’ll move on.  You get my point, though, right?
Context
and perspective!  Quite often, in the
mortgage business, we hear A LOT of things taken out of context or told from
just one person’s perspective that are just plain wrong.  For example, one might hear a real estate
agent say, “Whatever you do, don’t go with a VA loan.  They’re a complete nightmare!”  To that agent, sure, she may have had a horrible
experience with ONE VA loan 17 years ago that has left her scarred –
bummer!  However, we absolutely LOVE to
do VA loans, and we’ve found them to be one of the easiest products to present
and process.  If someone who is eligible
for a VA loan, upon hearing that agent’s rant, dismisses the possibility of
going with a VA loan, they could be spending a lot more than they need to spend
to get into the home of their dreams.
Along those same lines, when someone says, “My parents bought their
first house with an FHA loan, so I’m going to buy my first house with an FHA
loan,” they’re allowing someone else’s perspective to determine their destiny
and REALLY limit their options.
In
both the cases of the table advertising Free HIV (testing) and the headline
discussing a sewer blockage, what both could have used was editing.  In an episode of Everybody Loves Raymond
where Robert gets married and Raymond gives the Best Man’s speech, Raymond
reflects on their childhood and talks about how he and his brother use editing
to remember only the good parts: “We only remember . . . the food.  We don’t remember when mom would yell at dad
not to scratch his rear end with a spatula in the bakery.  Editing.”
As mortgage folks, we need to help agents and borrowers do some editing
to help make as many stories come out with a happy ending.  That’s no fairy tale either!  With that said, though, after reading this,
you’re probably never going to look at Winnie the Pooh or a spatula the same
again.  Sorry about that!