Change: the Only Sure Thing

Written by Priority Lending Admin on April 4, 2017. Posted in General. 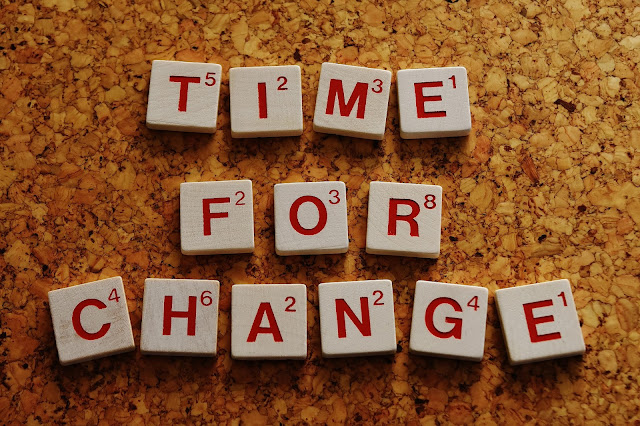 Which
headline is better for grabbing your attention and prompting you to read the
article to which it’s attached: “Credit Reports to Exclude Certain Negative
Information, But Read on to See if This Even Applies to You” or “Credit
Reports to Exclude Certain Negative Information, Boosting FICO Scores”?  Obviously, the former is less than
tantalizing while the latter makes you say, “Tell me more!”  I was in the “tell me more” camp, and the
folks at The
Wall Street Journal
sucked me into their vortex.
The
development, set to go into practice on July 1st,
is certainly a departure from how the Big Three (Experian, TransUnion,
and Equifax) have done things in the past, but it’s not going to wave a magic
wand and make bankruptcies, foreclosures, short sales, etc., go away.  It’s sort of a bittersweet development.  Let me explain:
Many
tax liens and civil judgments will be removed from people’s credit reports if
they don’t include a
complete list of at least three data points: a person’s name, address,
and
either a social security number or date of birth.  Many liens
and most judgments don’t include all three or four. This change will apply
to new tax-lien and civil-judgment data that are added to credit reports as
well as existing data on the reports.
Among the reasons cited for this change included the need to improve standards
for public-records data by using better identity-matching criteria and
updating records more frequently.  As we all know, inaccurate information on
your credit report can have severely negative consequences and take a lot of
time and anguish to correct.
Opponents
to this move state that removing this data from a person’s credit report may
make them LOOK better, but it doesn’t IMPROVE the risk a lender takes when
lending to them.  According to LexisNexis
Risk Solutions, whose parent company is a large provider of data to the Big
Three, consumers with liens or judgments are twice as likely to default on loan
payments.  The folks at LexisNexis go on
to say that
nearly all judgments will be removed and about half of tax liens will be
removed from credit reports as a result of the changed approach.
According
to the folks at The
Wall Street Journal,
these credit report changes will help just under 11 million people boost their
FICO scores by 20 points and approximately 700,000 people boost their scores by
40 points –
combined, that’s about 6% of the US population who have FICO scores.  In the grand scheme of things –
scores range from 300 to 850 –
a 20- or 40-point bump isn’t THAT big of a deal.  However, for someone who has a 550 FICO and
needs to come up with a 10% down payment for an FHA loan, if they got that
40-point boost, they would only need to come up with a 3.5% down payment for
the same loan.  On a $200,000 house,
that’s the difference between coming up with $20,000 versus $7,000.  So, for THAT person, THAT IS a big deal.
As
I said earlier, this development is sort of bittersweet.  Institutions that loan money like to make
money, so they’ll find ways to hedge against the risk that these changes will
present –
one of the more obvious ways, of course, will be an increase in lending rates,
which everyone will get to “share”. However, they also like a market where
their customers are calm and want to borrow money, which means they’re not
going to make any changes at this very minute.
If
you already have good credit, but you’re on the fence about a purchase, this
should be subtle enough of a shove to get you off of it.  If your credit score is less than stellar,
don’t wait for the July 1st
developments –
we can help you improve your credit now and get you out in front of all this
before that time.  We don’t have a magic
wand, but we still put on a pretty good performance every day of the week –
twice on Wednesdays.