Written by Priority Lending Admin on December 4, 2017. Posted in General. 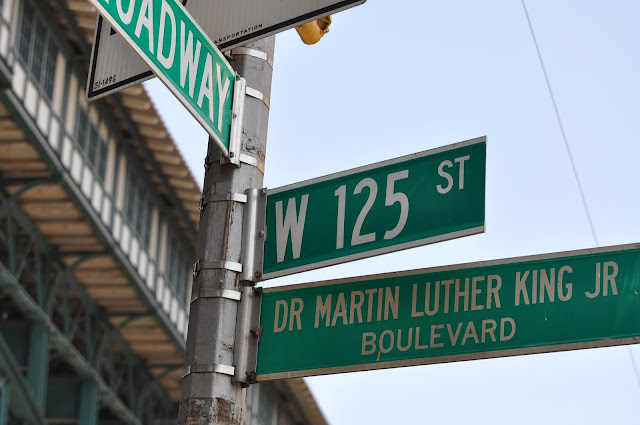 Previously, I’ve written about a man who works in our office who lived in New York City back in the late ‘80s and early ‘90s – let me assure you that while that does seem like a very long time ago, it’s not nearly as far back as when the wheel was invented and humankind learned to harness the power of fire. If you’ve been to New York City recently and blissfully walked around Harlem to get chicken and waffles at Sylvia’s on Malcolm X Boulevard between 126th and 127th Streets or stopped in at Keybar on 13th Street between First Avenue and Avenue A to wedge yourself into a cozy corner next to their notable fireplace, you wouldn’t get a sense that these areas were once . . . not as welcoming and glitzy as you now see them. Our office mate has told some fairly interesting stories of living in those and other areas of New York City that give a much different sense.

In the late ‘80s/early ‘90s, no matter how many great things you heard about Sylvia’s food, 127th Street and Malcolm X Boulevard (back then, it was Lenox Avenue) wasn’t a place you popped up to for Sunday brunch – it was an area you didn’t visit unless you had . . . official business. At that same time, between 14th Street to the north and Houston (pronounced HOW-STUN) to the south and east of First Avenue – known as Alphabet City (still is) – that was an area full of very hard-living folks who would sell their right arm (or yours, it didn’t matter to them) to get their next fix, and I’m not talking about an appliance repair. The Lower East Side (of which Alphabet City is a part) was full of tenements and government projects that tucked itself into the shadows of the bright and shiny skyscrapers that surrounded it – A LOT of bad stuff happened in the darkness of those shadows.

Anytime he tells one of his New York stories, they all seem to end with him saying, “Back when I lived there, I NEVER would have thought many of those areas would be safe to go back to and show my family.” And whenever he says that, he gets a bit of a far-off gaze fixed on his face: one that could mean he’s momentarily transported himself back to an earlier time (or he needs to get back on his medications).

Between the late ‘80s and today, New York City has continued to grow, population wise. Sure, the city has improved and become safer, but there were many years before those improvements and that safety came about, and the city’s population STILL grew. There was something that kept them there and attracted more people.

Recently, I read an article that said an end to the housing shortage is in sight. Granted, the article went on to say that it’s still probably about eighteen months out, but it does cite a number of reasons for being optimistic. There are many of you who have been saddened or depressed because you feel you’ve been priced out of the market as a result of this housing shortage. Well, now is not the time to give up. In fact, NOW is the time to formulate, implement, and execute a plan that will enable you to seize the moment when the right house at the right price becomes available. There are many things that you’ll want to look at like your current spending habits versus your current saving habits (or lack thereof) and how much debt you currently hold (credit card balances, car payments, student loans, etc.), just to name two. If you wait until the housing shortage abates before you work on a game plan, you’ll be even further behind the eight ball.

If you’re a real estate agent, may I suggest seeking out and marketing to folks who need to do a little work in anticipation of the housing shortage letting up? You’ll fill a great pipeline that will be a constant source of leads as conditions continue to improve inventory availability. If you’re someone who feels like you’ve been forced on the sidelines, get with a lender TODAY and have them help you formulate that plan because when you’ve found the right house at the right price, you’re going to want to have enough for a down payment – relying on the option of selling your right arm isn’t wise.