Written by Priority Lending Admin on May 30, 2017. Posted in General. 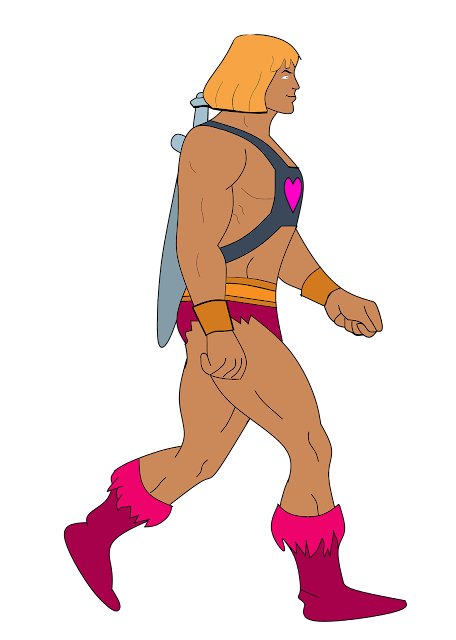 In
this newsletter, I’ve
tried to deliver wise advice and insights that might help you navigate your
daily journey through the
real estate and mortgage world.  I’ve
tried to keep it lighthearted so at least some of the stuff you learn here
might come in
handy during a spirited game of Trivial Pursuit. You
could also argue that
my newsletter
aren’t
exactly on par with Nietzsche (which is perfectly fine with me because I gather
he’d be a real downer at a party) and are light on what some people would call
“facts”.  Today’s
edition,
though,
turns its back on frivolity and mirth to serve a higher purpose by announcing
I’ve decided to become a medical expert and warn you of a dangerous and
potentially lethal malady that is reaching epidemic proportions. What formal
medical training have I undergone, you ask? We needn’t dwell on such trivial
matters when lives are at stake, people!The disease to which I’m referring is HPV! There are a lot of commercials
these days talking about being tested for HPV, but that’s a whole other issue.
The HPV of which I speak doesn’t have any fancy commercials or public service
announcements aimed at educating the public about its dangers because those who
catch it are
already oblivious. This
HPV is He-Man Pamplona Virus: an infectious neurological disorder that mutates
the brains of many
in the male
portion of the species causing them to do all sorts of stupid things. It’s
named after the mindset of those folks
who
run with the bulls through very tight alleys and narrow streets in Pamplona,
Spain, each year, but this affliction knows no international borders, cultural
boundaries, or specific age range
–
and some women are known to catch it!This tragic disease manifests itself in so many ugly ways! Here’s a list of
just a few: getting a double hernia from refusing to lift with your legs,
running for political office, wearing Spandex at ANYTIME, posting a video on
YouTube of yourself lip-synching an REO
Speedwagon
song,
being an actual member of REO Speedwagon
and STILL
touring, NASCAR, cage fighting, the creation of Pokémon
GO, running
an Ironman Triathlon, karaoke, the wearing of pants so low that even a midget
pickpocket has to reach down, etc.  We haven’t
even scratched the surface, and you can already see how pervasive a reach and
tenacious a hold this disease has.Where
it’s hitting closest to home, my friends, is in the mindset that it’s smarter
to rent than buy a home.  Sure, there are
statistics and numbers that support renting over buying in a very slim number
of cases, but those are certainly the exception to the rule. The best litmus
test for determining whether someone is afflicted with homeownership-related
HPV is to ask the question: “Why are you still renting instead of buying?”  If their response is on par with “I don’t
have enough for a down payment” or “I’m working on my credit score”, they don’t
have it; they obviously have a plan.
However, if they say anything like “I’m not sure I want to stay here for
a long time” or “this just makes more sense for ME”, they have it.  Those responses tell you that they believe
they’re smarter than the rest of the world –
smarter than the likes of Warren Buffet –
and HPV has gone into full bloom in their brains.
There’s
an old joke that goes like this: “How many psychiatrists does it take to change
a light bulb?”  Answer: “It doesn’t
matter.  The light bulb has to WANT to
change.”  Homeownership-related HPV is
completely curable, but the afflicted persons have to WANT to change their
outlook on renting versus buying.  You
can’t argue them into “healing” just like you couldn’t argue with George
Mallory’s answer to the question about why he wanted to climb Mt. Everest:
“Because it’s there.”  We all know that
didn’t end well for George.  Don’t give
up hope, though.  Once these folks see
all their friends moving into fixer-uppers and starter homes and getting
REFUNDS on their taxes because of the interest rather than PAYING taxes,
they’ll want to go cold turkey.